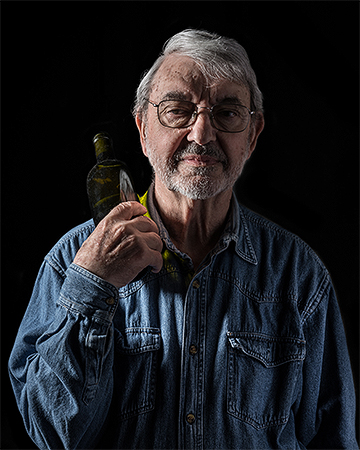 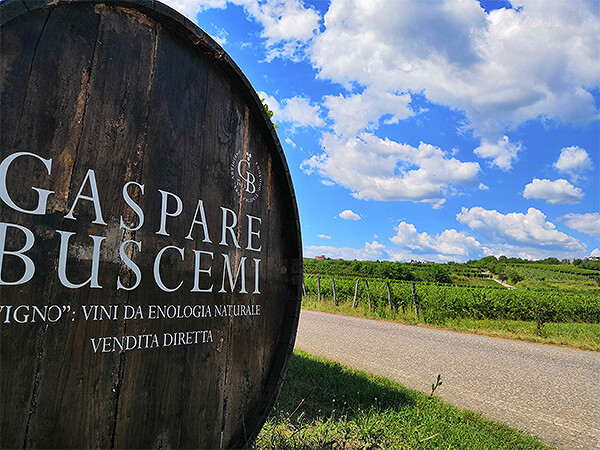 Gaspare Buscemi has always been dedicating his work to this idea -thinking and working outside the box as an artisanal oenologist.

Wine has been his life for sixty years, as a young oenologist with Sicilian origin, he had graduated from the school of oenology in Conegliano, Veneto.

His experience in artisanal and farm oenology has allowed him to produce wines that respect nature and the traditional classic methods creating wines that improve with age more naturally.

As a true artisan he passionately built himself much his wine making equipment in house.

Today he is considered a master artisan in enology who’s art and craft is slowly being replaced by more modern wine making techniques.

Page load link
We use cookies on our website to give you the most relevant experience by remembering your preferences and repeat visits. By clicking “Accept All”, you consent to the use of ALL the cookies. However, you may visit "Cookie Settings" to provide a controlled consent.
Cookie SettingsAccept All
Manage consent

This website uses cookies to improve your experience while you navigate through the website. Out of these, the cookies that are categorized as necessary are stored on your browser as they are essential for the working of basic functionalities of the website. We also use third-party cookies that help us analyze and understand how you use this website. These cookies will be stored in your browser only with your consent. You also have the option to opt-out of these cookies. But opting out of some of these cookies may affect your browsing experience.
Necessary Always Enabled
Necessary cookies are absolutely essential for the website to function properly. This category only includes cookies that ensures basic functionalities and security features of the website. These cookies do not store any personal information.
Non-necessary
Any cookies that may not be particularly necessary for the website to function and is used specifically to collect user personal data via analytics, ads, other embedded contents are termed as non-necessary cookies. It is mandatory to procure user consent prior to running these cookies on your website.
SAVE & ACCEPT
Select the fields to be shown. Others will be hidden. Drag and drop to rearrange the order.
Click outside to hide the compare bar
Compare Wines
Compare Wines ×
Let's Compare! Continue shopping